We are very proud of all our winners: 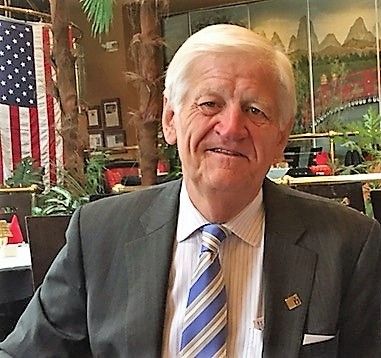 Bob Lees is a native Ohio Township “New Richmonder,” who after attending the Thunderbird School of Global Management, embarked on a career in international business. His career took him around the world. His heart, however, never left his hometown. After retiring, he returned home and worked to increase community pride, support revitalization efforts, and spread the word that New Richmond is a wonderful place to live, work, and play. Bob is the founder and serves as president of Renaissance New Richmond Inc., proudly serves on the board of Historic New Richmond Inc., is an elder of the historic Cranston Memorial Presbyterian Church, is active in the New Richmond Ohio Business Association, serves on the boards of the New Richmond High School Alumni Association and the Japan America Society of Greater Cincinnati, and is a State of Ohio representative of the Washington D.C. based U.S. Global Leadership Council. Bob believes in giving back and making a better world for future generations.

Robert Lees, we salute you! 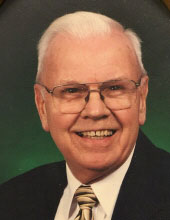 Carroll C. Hinson was born and raised in New Richmond. His entire life was dedicated to the betterment of the Village. No task or committee was too small for Carroll to be a part of. He was involved with the Family Business( A P Appliances & Furniture ) that served the New Richmond Community for over 60 years. During his life he was involved with many different organizations:

While serving on the School Board, Carroll was part of the formation for U.S. Grant Career Center, serving as President on the first Grant School Board. He was very proud to see the completion of the building and the day to day operations of the Career Center.

Christopher Leggett is a busy person who enjoys working with Boy Scouts in the community and the region. Christopher is a U.S. Marine veteran who served in Somalia, is an assistant Scout Master for Troop 135, NRA Range Safety Officer, Shooting Committee Dan Beard Council, BB Gun & Archery Range Master, USA Level 2 Archery Instructor, U.S. Grant committee member, Merit Badge Counselor for Fishing, Reptile and Amphibian Study, Archery, and Insect Study, Wood Badge 2015 Leadership Training for Scouts, and serves as president of his HOA Board for Regatta at Lights Hill and has been on the board since 2014. He has volunteered with his son at the Growing Fields in Northern Kentucky getting them ready for planting. They provide food to the local food banks. He enjoys helping kids in Scouting, teaching them to do their best and to help others. He volunteered for the Wheelchair Olympics when they were in Cincinnati working the archery range with disabled veterans. His past roles in Scouting included Committee Chair Pack 155, Venturing Crew Associate Advisor Crew 135, and Camp Master for Cub World.